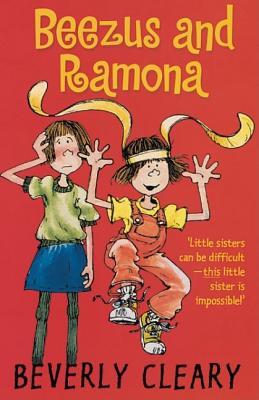 One of my  favorite PBS programs was inspired by Beverly Cleary’s Ramona books. This series lasted 10 episodes. I’d not thought about Ramona and Beezus until one of my Facebook friends posted this article – 10 Facts About Beverly Cleary’s ‘Ramona’ Books – a few hours ago. Thus, I set aside another TbTB post (oooh – a pre-scheduled post that’s TBP (to be posted)) and shared Ramona instead.

To read more, click on the Add to Goodreads button below

For more walks down memory lane, check out my page for #tbtb:

One friend of mine noticed this most curious title on the NYT Bestsellers list. The name compelled her to request the book via HCPL and read it. She recommended it highly for two years. So, this summer, I requested it myself. The book was a collaborative effort between the late Mary Ann Shaffer and her niece Annie Barrows.

Shaffer and Barrows tell their tale through correspondence; this is an epistolary novel. The letters begin in early 1946. London writer Juliet Ashton receives a letter from Dawsey Adams from the Channel Islands, Guernsey to be exact. Dawsey is the current owner of a Charles Lamb book which once belonged to Juliet. Their correspondence leads to discussion of the Guernsey Literary and Potato Peel Pie Society, a book club which met on Guernsey Island during the German Occupation. Through many letters, Juliet discovers the light of literature and new friends.

While I felt the book slow in the beginning, I soon found myself riveted. I enjoyed several of the characters and I loved how the authors allowed the characters to speak for themselves. Juliet was my favorite character. At a point fairly early in the book, Juliet requests references from two people – a man who will sing her praises and a woman who will expose all of Juliet’s warts. Juliet’s spirit leapt from the pages. While this takes place after World War II in England, negativity and bleakness are part of the picture. However, these people rise above this and look forward to their brighter futures.

So, when’s the movie coming to a theater near me?

For more on Shaffer and Barrows’ The Guernsey Literary and Potato Peel Pie Society, please check out the following links: